What role for blockchain in the world of commodities trading?

2019 has seen an unmistakable maturation in the attitude and commitment towards blockchain-related initiatives from the corporate world.  Encouraged by this, we decided to investigate what the genuine use cases for blockchain may be in the commodities industry. Before doing so, we start with a simple explanation of what blockchain is and what makes it interesting (if you already know this then press here to skip forward)

What is ‘blockchain technology’?

Let’s start with a simple definition and build upon it: At its core, blockchain is really just a database.  It stores information, and allows certain types of interaction with that data structure.  However, there are two key differences to its architecture and interface:

Firstly, whereas a traditional database is a central data repository accessed remotely by its users, the blockchain approach is said to be ‘distributed’ as a copy of the data is held by a network of ‘nodes’ who can continually validate that these records match.

Secondly, whereas permissioned users of a traditional database can amend or delete data records, once data has been added to the blockchain it is designed to stay there forever.  Blockchain data is stored in blocks that are sequentially chained together over time. Each new block of data is chained using cryptography and incorporates the digital signature of the predecessor block. This means that any change to a piece of data stored earlier in the chain will invalidate the cryptographic validity of all subsequent blocks, thereby making any tampering immediately evident to all.

For a new block of data to be added to the chain, it must be verified according to the design of the blockchain’s protocol.  The protocol is specific to each blockchain, but can be categorised broadly as one of two types:

With this type of blockchain (Bitcoin being the most prominent example), the blockchain itself is publicly distributed and anyone is able to participate in the validation process, generally a form of consensus protocol. This is the type of blockchain that has created the most excitement, because it promises a digital ledger of data (or more specifically, transactions) that is tamper-proof and whose upkeep relies on no central authority. You may have heard these properties referred to as ‘immutable’ and ‘permissionless’ respectively.

Whilst the public blockchain model represents a genuine innovation with possibly large monetary and political ramifications, it comes with some practical implementation problems and for the most part is not the focus of commodity market blockchain applications.

Private, or permissioned blockchains are networks where participation is by invitation only. Although they could be configured for use by a solitary company, they are commonly created by consortia of corporate entities within an industry, and they confer some of the benefits of public blockchains while allowing a higher degree of control and privacy for the participants. It is this type of blockchain that has seen the greatest adoption so far within the commodity space.

At first glance, private blockchains seem remarkably similar to ‘traditional’ permissioned and networked databases. What benefits do they purport to offer in addition? The key differentiators are that, when designed as a consortium blockchain:

Now that we have a better idea of what blockchains are and what, at a conceptual level, they do differently, let us move on to consider how they may have application within the commodities industry.

From the point of extraction through to the moment of consumption, a commodity goes through many stages of processing, transportation, and ownership changes. These processes and transactions, traditionally documented by paper, have increasingly been digitised but often only in a trivial manner. For example, scanned copies of physical documents may be digital, but they are natively analogue because they are just representations of a physical paper document. For technology to fulfil its true potential, this lifecycle needs to both exist and be documented in a digitally native fashion.

If an industry agreed to document and transact everything related to the life cycle of a commodity within a platform based on blockchain then the efficiency gains and benefits would be considerable. Consider:

It goes without saying that such an ecosystem could be completely paperless, allowing seamless settlement, high throughput and minimisation of human error.  Indeed, digital trade processes are already well established, but by moving the ecosystem onto blockchain the industry would gain layers of security, trust, auditability, and (to the extent required) transparency.

A number of companies are notable in this area. Minehub, which is due to go live,  focusses on the physical supply chain for mining and metals markets. Forcefield has been designed as an inventory management system and incorporates Internet of Things (IoT) sensors, and near-field communication (NFC) for automated supply chain processing.  Vakt, launched in the summer of 2018 and backed by a consortium of major oil traders, has created a digital ecosystem for physical post-trade processing in the energy market.

As communications and hardware costs fall, goods and digital appliances are increasingly being equipped with the ability to record and transmit data. This ecosystem of connected products, from mundane household appliances to sensors on offshore wind farms, is collectively referred to as the Internet of Things (IoT). IoT is already widely used within the commodities industry, helping to monitor real-time supply and demand in energy markets, and facilitating tracking of raw materials shipments within the supply chain.

However, to date IoT has been mostly implemented using client-server architecture, that is a central cloud-based server marshalling the communications of the distributed sensors. This model may struggle to scale with the expected growth of IoT traffic. Additionally, multiple connected devices represent multiple attack points for bad actors.

Using blockchain (or other promising data structures such as a hashgraph or a tangle) as the data structure to store information makes the architecture more robust, because the data exists in a distributed fashion across many nodes of a network rather than in a central hub. With the incorporation of programmatic code into a blockchain protocol (so-called ‘smart contracts’) such a network could be designed to run autonomously, increasing its operating efficiency and resiliency.  Naturally, to the extent that devices within the network need to rely on the integrity of remote data, its storage in a blockchain would allow them to perform independent authentication.

Tokenisation is the process of slicing up the rights to an asset and encapsulating them in digital tokens. There is nothing particularly new about this idea of course – securitisation has a long history. Putting aside the legal and regulatory considerations for a second, what is different about tokenisation is that the events of the tokens’ creation, exchange and destruction are recorded on the blockchain. As a result, tokenisation can potentially replicate the benefits of securitisation (such as offering partial ownership of illiquid or complex assets, in a form that is fungible and easily traded in a secondary market), but within a system that provides an immutable and transparent (to the extent required) record, and with extremely low cost and friction.

The legal and regulatory considerations are, of course, crucial. Most major jurisdictions have now released guidance on the types of ‘crypto-asset’ activity they designate as falling under their purview (for example see the FCA’s PS 19/22 and the SEC’s Framework). When it comes to the legal aspects, things are less clear. You may well be able to prove that you are the owner of the tokens that allege rights to a given asset, but until the digital tokens are an embedded part of the physical asset transaction process there is no logistical impediment that prevents the custodian of that asset from selling it.

A key use case that tokenisation unlocks is the prospect of new exchange platforms for minor commodities. Exchanges provide standardised contract specifications, settlement infrastructure and a centralised trading venue that result in the creation of liquidity and price discovery. However, existing commodities exchanges are geared towards high volume fungible commodities, and smaller market size or more esoteric commodities generally fail to fit into their business model. Whilst the internet has allowed challenger digital marketplaces to launch, many have struggled to gain critical mass because they have been unable to generate the trust and creditworthiness of the established exchanges. Blockchain redresses this balance, fortifying a digital marketplace with the security of an immutable transactions ledger. The physical settlement layer for currency payment and commodity logistics still needs traditional players to be involved, but blockchain technology lowers the bar for new exchange platforms to come to market. See for example MetalXChain, which plans to bring this model to the ferrochrome, alloys and minor metals markets.

Taking an existing sub-optimal process and just “putting it on the blockchain” isn’t the silver bullet solution that some crypto-evangelists proclaim it to be.  In the commodities industry where the underlying assets are physical (and not natively digital like say, Bitcoin) there is no getting away from the fact that you still have to trust that the physical operations behind every digital record are performed honestly.

For example, if a bad actor purchased some genuine branded and numbered gold bars in a blockchain registered transaction, they could subsequently on-sell counterfeit bars with the same brand and number. The fact that sale is registered on the blockchain does not immediately protect subsequent buyers of those gold bars.  However blockchain is still an improvement on the current situation, because its immutable transaction record provides an audit trail back to previous transactions. This increases the chances of bad actors being uncovered over time.

The real challenge for commodities blockchain designers is to balance the need for transparency and privacy.  Most industry use cases will be within consortia of known entities, hence the need for the true ‘trustless’ decentralised power of a public blockchain is unnecessary. But privacy on transaction data is critical for most commodity traders, so blockchain solutions need to be built that allow access to data on a “need to know”-only basis.

With significant investment dollars and human capital focussed on finding solutions to these issues, and with promising initiatives already emerging, blockchain looks set to play a significant role in the commodities industry going forward. 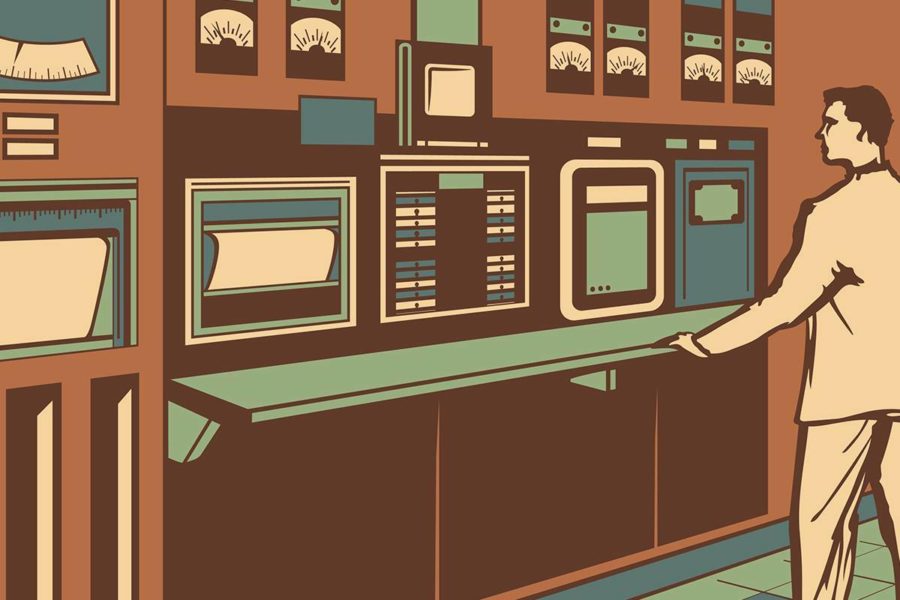 Any information you provide whilst speaking to us will only be used in accordance with our Privacy & Legal Policy, and will not be used for marketing or passed to any third parties without your clear and prior consent.

© Copyright Inside Out Advisors Ltd | Website design by WPG